Well, first I evaluate myself from head to toe and note everything down. After that I compare the current list with the list from last year… I’m just kidding, I’m not that extreem at all. At least not since last year. 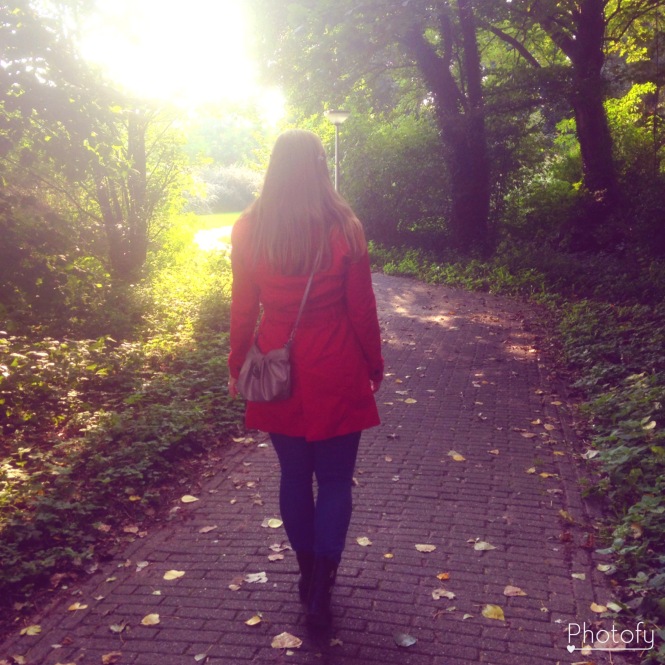 What I actually do is daydream a lot. So, when I notice the leaves falling, I try to remember what I was doing around the same time the year before. For me this years leaves bring me back to my last autumn living in Spain. And as autumn in Spain is not the same as it is in the Netherlands, I definitely wasn’t the same either.

Last year I decided to turn my life around. I guess sometimes we need to get rid of some old leaves, let things go their natural course, so we can grow back new branches, much bigger and stronger. After having lived more than 4 years in the south of this mediterranean country, I started to feel as if I was stuck. After having bloomed like the flowers do in spring and summer, it was over. I knew then as nature knows, it was time to go into the next phase. So, I made a decision. It was time to go back home.

Now a year later, I can see that was the right choice to make. Everything has changed, but more importantly I have changed, because I got stronger. My stepsister even said my hair looks stronger now, so it must be true. And what did I change? Better to ask what didn’t change. But, ok I’ll tell you what did change. Obviously moving to another country means moving into a new apartment, then also another job, then a new gym, a new but old culture and a new relationship. So yes, most of the factors of my life are new and I had no idea it would turn out to be this good. Making a decision like that was one of the scariest ones I ever had to make. Was moving to Spain not scary you might think? No, not at all. I was just 22 and I saw it as an adventure, but then I grew old and wise. Ok not that old and maybe not that wise, yet. Still, I learned to listen to what I needed and what I needed was to go back to my roots.

Perhaps that is why I actually love all the seasons and that whatever we do, nature does what it needs. And at this moment it needs to let go of some old pieces, turn it into pretty colors, lovely scents and make us want to curl op on the couch with a cup of tea and enjoy every minute of it.

What is a risk factor in wanting to do exactly that, is that if I wind up on the couch a little too much.. with too much tea.. meaning too many cookies, I might not just get a little stronger, but also a lot bigger… So I guess I better start enjoying autumn being outside a bit more too.

Just a little taste of life

View all posts by Just a little taste of life